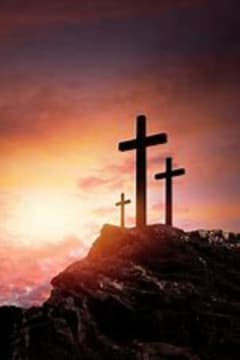 Jeffrey L. Clements, 72, of Bartow, Florida. He was born August 7, 1949 to Lawrence W Clements and Sara Helen Alexander Clements and passed away Friday, June 3, 2022. He leaves behind a daughter, Carole Lemley of Tallahassee ; two brothers, John Daniel Clements and James Franklin Clements; sister, Lucy Clements Lack; nephew, James Alexander Clements; sisters-in-law, Susan R. Clements and Diane Clements; and brother-in-law, Donald J. Lack, and many cousins from Florida to North Carolina.
Jeffrey lived in Tallahassee, Orlando, St Simons Is, Ga, Alaska and Bartow, leaving behind many friends and family from those places and all over. Jeffrey was known for his outgoing nature and love of animals and music. In addition, he was a talented musician, published writer and a master carpenter. In his latter years he began putting his skills to work and established “Player Built Guitars” and made Fender Telecaster guitars that are played and treasured by renowned musicians around the world. He travelled widely in his younger years to Europe, as well all over the United States including Alaska and Canada, and made friends all along the way.
Our family would like to thank all of his friends who were able to visit and/or talk to him in his last days, as he truly treasured those moments. We would also like to thank the staff at Good Shepherd Hospice, Winter Haven Hospital, DaVita Dialysis of Bartow, and all others who came to visit, call, or think of or pray for him in his final days. It was a great comfort to him and to our family that he was still able to see and talk to so many of his friends. He will be missed by all.
Jeffrey’s celebration of life will be held Saturday June 11 at 11am at Holy Trinity Episcopal Church in Bartow. In lieu of flowers, the family requests contributions to the Holy Trinity Church Memorial Garden fund 500 W. Stuart Street Bartow FL 33830.

Please share a condolence, photo or memory of Jeffrey. We welcome all condolences that are positive and uplifting that will help family and friends heal.

Leave a message to share your favorite memories and offer words of sympathy and comfort: